Showing posts from January, 2012
Show all

beans I figure to blanch and freeze. Maybe pick some dilly beans.

And there will be more beans to give to the neighbors, forcibly if

The geese come over so low I can hear their wings creak, can

see their tail feathers making fine adjustments. They slip-stream along

so gracefully, riding on each other's wind, surfing the sky. Maybe

after the harvest I'll head south. Somebody told me Puerto Vallarta is

nice. I'd be happy with a cheap room. Rice and beans at every meal.

Swim a little, lay on the beach.

Who are you kidding, Charles? You don't like to leave home

in the winter. Spring, fall, or summer either. True. But I do love to

through me. Then get back to work. 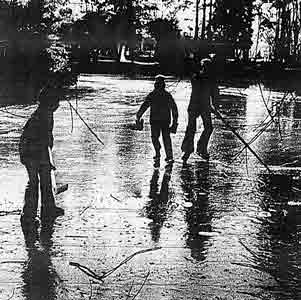 
In the warming house, children lace their skates,

bending, choked over their thick jackets.

A Franklin stove keeps the place so cozy

it's hard to imagine why anyone would leave,

clumping across the frozen beach to the river.

and deep until the city sends trucks of men

with wooden barriers to put up the boys'

hockey rink. An hour of skating after school,

of trying wobbly figure-8's, an hour

of distances moved backwards without falling,

with girls pulling on boots, their chafed legs

aching. Outside, the hockey players keep

playing, slamming the round black puck

until it's dark, until supper. At night,

a shy girl comes to the cove with her father.

Although there isn't music, they glide

arm in arm onto the blurred surface together,

Sunday in CinCity. The Or Mid-January Edition. 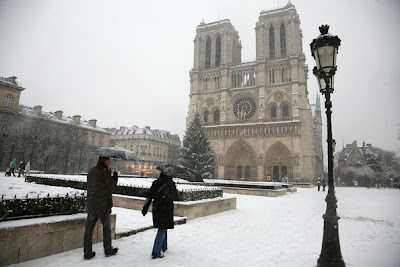 calls for one, with a celery stalk

and faint taste of Worcestershire,

to be sipped while eating

in a hotel dining room

with someone you love. Touch

the hairs at his wrist

as the warmth endorses

It's the solstice, remember,

when your frugal father

would hand around dollar bills

so the day would last longer.

Stir ice into the rich red

and consider such Celtic rituals,

as you watch, beyond the tall windows,

past snow-fringed trees in the park.

Saturday in CinCity. The Day After Two 12Hrs in Neurodramaville Edition. 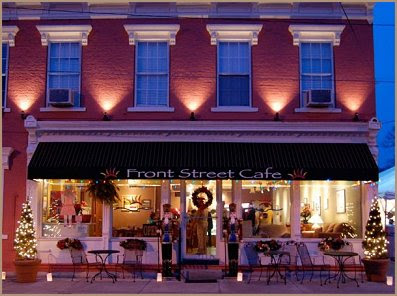 I was very much hoping to go to the above cafe tonight and listen to a little music and eat a little cafe food. Hubby, however, is still recovering from a horrible gastrointestinal virus that he picked up in his ER which I'm crossing my fingers and hoping is only passed on in his ER. Don't want it. And would like to be away from sick people for a night. Ahhh, well, next weekend is another two days.

It's cold here. Maybe feels colder because we've had such a mild time of it so far, but that wind is piercing. Good time to computer shop for a down parka on sale especially since we're saving money by not going out. I do love a win-win :>)


Fishing in the Keep of Silence

There is a hush now while the hills rise up

and God is going to sleep. He trusts the ship

of Heaven to take over and proceed beautifully

as He lies dreaming in the lap of the world.

He knows the owls will guard the sweetness

of the soul in their massive keep of silence, 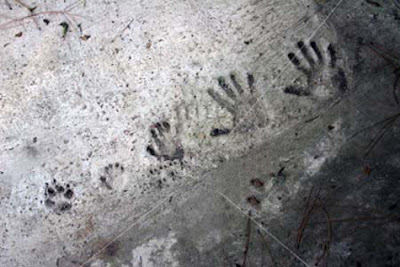 The workmen closed our street and sidewalk with striped yellow sawhorses. They noisily drilled up all four corner curbs. Their faces focused, intent on the task. They poured wet cement—raking, smoothing to damp slopes. Cement mixer rumbled and churned—six men, two days of work. Everyone detoured around them.

I could easily have gone out with a nail at sunset to engrave a moon and star in one corner of the blank gray slab, and even if no one else noticed the fresh cement had been inscribed, I would have known, every time I rode my bike down the smooth slope to the old gray street you once crossed on two feet.

It makes me glad I never had to push a wheelchair with you in it down that slope.

Could have written your name, made a heart nearly too tiny to see—metal nail file, ice pick, needle-nose pliers, stick. Those were the days I paused, so stunned, in the middle of everything, as the shock swept over me.

How could you leave your desk? 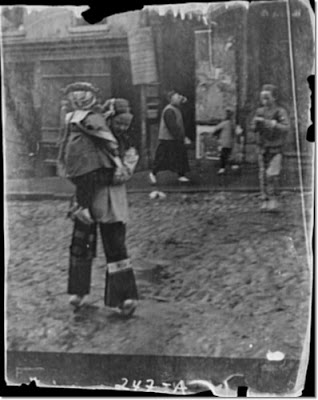 A man crosses the street in rain,

because his son is asleep on his shoulder.

No car must splash him.

No car drive too near to his shadow.

This man carries the world's most sensitive cargo

but he's not marked.

Nowhere does his jacket say FRAGILE,

His ear fills up with breathing.

He hears the hum of a boy's dream

We're not going to be able

to live in this world

if we're not willing to do what he's doing

The road will only be wide.

The rain will never stop falling.

The Second Life of Christmas Trees 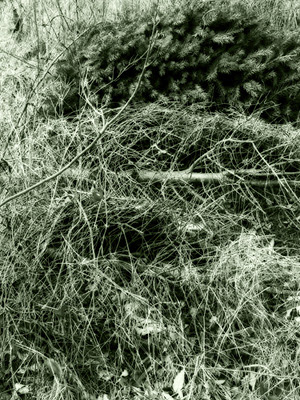 In frozen January, my friends and I

from the sidewalks of our shivering town

to an empty lot. One match and fire

raced down a dry sprig like a spurt of life.

A puff of wind and the pile ignited,

flamed above our heads. Silk waves.

Spice of pitch and balsam in our nostrils.

We stood in a ring around the body of the fire—

drawn close as each boy dared,

our faces stinging from the heat and cold,

lash of that wild star burst on a winter night. 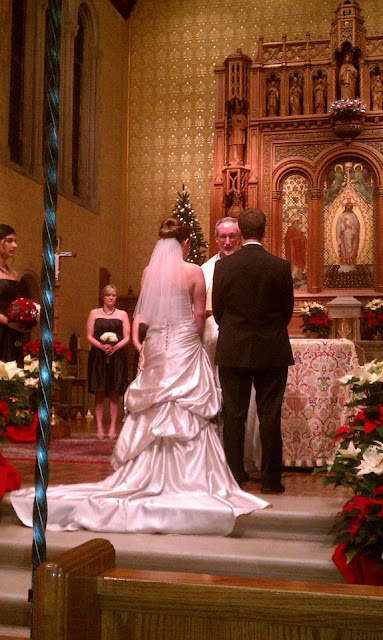 We went to a wedding on New Year's Eve...the eldest son of my best friend from high school. My friend who recently died. The wedding was held in the same church as her funeral four months ago. Seems like yesterday. The wedding was beautiful, and joyful, perhaps more so because of the sorrow that each one of us felt at our loss of her. It's no secret that not all marriages end happily ever after and the priest talked about the courage that this couple had in making a commitment of marriage and in having hope for their future. He is correct. It does take courage and, of course, his words were meant to do more than seal the deal for this young couple. The priest was aware of all the broken hearts in that church on this cold winter evening and of the power of love to heal them. To believe that is a path of the brave.

the man in black, the sweetness of their attention 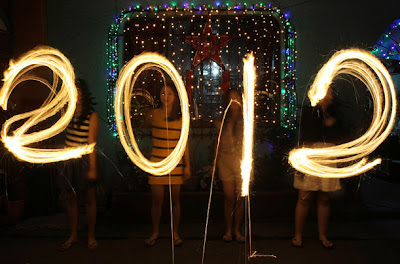 The Coming of Light

Even this late it happens:

You wake and the candles are lit as if by themselves,

sending up warm bouquets of air.

Even this late the bones of the body shine

and tomorrow's dust flares into breath.